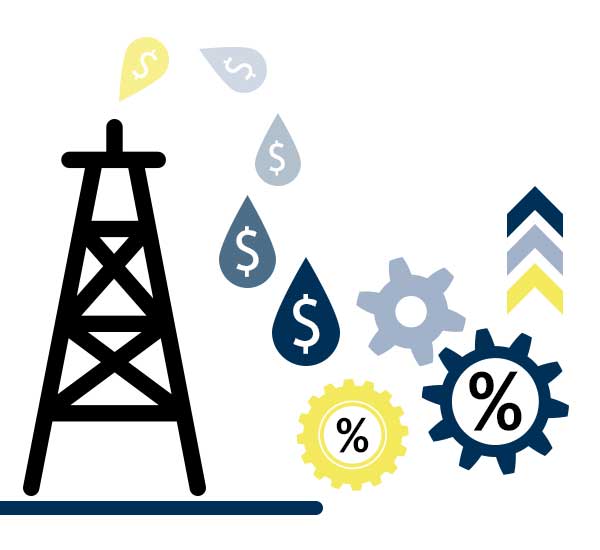 As we are now in a world were interest rates are going up there is a lot of talk in the financial markets speculating about how much they will rise and what are the factors that are driving them behind the scenes.  With so many political and financial factors in such a short amount of time it can be easy to look for short term colorations, in other words a scapegoat to ease our collective minds and quantify what is likely to happen but you may be surprised to find that the truth is a little harder to put our collective finger on.

So now that the election results have worked their way through the system a little more and the US markets have started to stabilize it can be easy to think that’s where the story ends but alas no.  So, with the specter of rates still going up, the markets started looking for another reason and landed on OPEC recently cutting production and the historic correlation between oil prices and mortgage rates, but is this the real reason?

Financial markets are understandably very concerned with anything that can raise the cost of moving goods around the world. And with the massive drop in oil prices in 2014 a lot of things that may have never been related to Oil prices have now been viewed through that lens with mortgage rates being no exception.  It’s always a compelling idea to be able to think we’ve found a key to understanding the markets by watching something as omni-important as Oil and its pressures on markets and inflation around the globe but again being compelling doesn’t make it true even if it calms fears in some quarters.

So, what is it then if not oil or the recent election? Is there truly no way to know what the lay of the land for lending may be going forward?  The truth is that it is complicated by so many more factors and like anything that has a lot of ingredients it’s hard to know exactly what’s going to come out of the oven and what the effect will be going forward. That said there are some things we know for sure, let’s take a look.

So, first and foremost the ECB (European Central Bank) said it was going to review how they are dealing with “asset purchases” and the likely implication here is that they are going to taper their purchases of financial assets and of course this is almost certainly going to raise rates across the globe. This is something that most serious market watchers have expected and some may argue is overdue but again there is no doubt the effect is likely to raise rates. Number two despite the recent stabilization there is still a large amount of uncertainty in the markets of what the implications of the new administration will be and uncertainty almost always leads to higher interest rates. And lastly rates have been held artificially low for so long that it may well not be feasible to keep them at these deflated levels forever without doing damage to the lending sector around the world and having that effect reflect itself in depressing markets around the world.  There is and has been a growing chorus of people around the world saying it’s now time to take off the training wheels and let rates find a less managed balance.

With all of that factored in the point here is that we are likely to continue to see rates rise and we are again likely to be looking at a world of rates that are closer to what we saw in the surplus days of the 1990’s. We who have been watching a long time don’t expect crippling rates in the near future but if you want to tell your kids down the road how you got your loan when rates where in the 3% range than this may well be your last chance.

If you have been waiting to refinance or still have mortgage insurance you should take a look while mortgage rates are still under 4% APR. Call me for custom options at 801.599.5363 today or get a Quick Quote today!

What People Are Saying

Matt was awesome! We had a circumstance needing some extra attention and, Matt was completely available and approachable during the entire process. He provided great direction and instruction for the items we needed to gather as well. One of the most painless mortgage refi's we ever done.

January 2, 2016
I have used Matt Stout and his team for a home purchase and 2 two refinances in the past 15 years. I can truly say he is the only person that I will send my friends and family to in order to get a mortgage. Matt takes the time to really listen and make sure that not only are you getting the right mortgage for today, but one that will serve you and your family for the future. That is very rare these days!

Matt Stout and his team were exceptional. They worked hard to make our home purchase happen, only 30 days from the time I contacted him until we closed. They never once called me with a problem, only solutions. I would recommend this team to anyone looking to buy a home.

Thank you for your work on the Kim purchase.  You and your team were really professional and Delightful to work with. Let's do more business together.  I like your style and your service.  Warm regards.

We just closed on our first home together! So excited! Thanks for everything Matt Stout and Benny Keele! 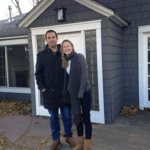 November 24, 2014
Matt and his team helped me pursue and purchase my first house. The whole experience was professional and streamlined. I would absolutely recommend Matt for first time home buyers and seasoned buyers.

Matt and his team did an amazing job on my refinance in Florida. Thanks!!!!

November 8, 2014
Matt is extremely professional and knowledgeable on the mortgage industry. He has always provided me with excellent services and with the best rates and fees. I have recommended him to anyone I know and all of my referrals have been happy and very satisfied. If I could, I would give 10 stars to Matt and his team!

Thanks so much to Natalie Petersen Matt Stout and
Niesha Unger for all their hard work getting Keya and I
our first house.

As first time home buyers he made the process easy to understand and painless to get through.

I was really impressed with the options I was given. Other lenders gave me a quote, but Matt took the time to customize payments based on my budget. The closing went fast and I was able to get a better rate too. Thanks Matt Stout!

January 6, 2014
Best service and customer highly recommend! Matt and his team are great!!

November 2, 2013
I wanted to thank all of you for your hard work and time to make this happen. Samantha and I appreciate everything you did.

September 26, 2013
Matt is a great Lender--I feel completely comfortable sending my clients to him. I love the way he tries to help the customer both in the short term and long term as well. He is extremely knowledgeable, has many years of experience, and is great to work with.

June 14, 2016
Matt and Team, I owe you and your team a huge thank you for your efforts in getting me through the process of refinancing my house. Within 2 weeks of completing the process the mortgage interest rates had increased an entire percentage point, form 3.625%, to 4.625%. The timing of your team helping me complete this process could not have been better. Again many thanks to the entire team. Thank You.

June 12, 2013
If you don't already have a loan squared away talk to Matt Stout he is the loan guru!

March 22, 2014
Niesha was absolutely amazing in helping me through the process of getting into a new home. It had been a tough year for me, with many changes, and she made me feel confident throughout the entire process. She answered any question I had quickly and professionally, while taking the time to make sure I felt I had someone in my corner. I would highly recommend her to anyone looking to purchase or refinance. This is a person who really cares about her clients, and goes the extra mile. Thank you, Niesha! You rock!

April 15, 2016
We were tough on you but we definitely appreciate your hard work and patience.

March 12, 2013
Matt and his team at Consumer Financial have ALWAYS given us the highest quality of care when we have purchased our last 2 homes. Matt's knowledge of the industry is invaluable. I wouldn't go anywhere else and I refer them out any chance I get. If you want the best care, definitely choose them to handle your home buying needs.

September 15, 2015
As of 11AM today we became very proud first time homeowners! Huge thanks to Matt Stout Mortgage Geek! We are so happy!

October 15, 2015
I was looking to get financed for a new home and went to several different mortgage brokers. I found Matt Stout, CEO of Consumers Financial, was the most knowledgeable and helpful. He presented several different options given my financial situation and got me into a great house. He even saved me $2000 by noticing my old mortgage lender had charged me an unnecessary prepayment penalty and personally called them. I am posting this because I was very impressed and satisfied with his work. He comes highly recommended and I would definitely call him to see your different options.

April 22, 2008
Matt - We so appreciate your help with our mortgage. We enjoyed spending time with you and hope to see more of you. The best to you and your family.

May 10, 2010
Dear Matt, I wanted to take a moment to tell you how much you have helped me over the years. You have helped me on several occasions with my finances so much that I have found you to be one of the first people I call before I make any major financial decisions. I remember the first time you helped me get my bills under control. You then were able to lower my interest rate without any hassle utilizing the government's easy rate reduction program. I knew you would give me honest advise about reverse mortgages. The reverse mortgage you helped obtain has helped me so I have no problem affording my medications, which is a significant cost to cover my current medical conditions. Thank you for all your help over the years. Your friend

February 25, 2005
I have been a REALTOR for more than 20 years and have seen my share of good and bad lenders. I believe my clients should have choices, not ultimatums. For this reason I always tell my potential buyers to call at least three lenders. Matt Stout is the top of the list and, consistently gets the compliments at closings. He always delivers as promised, without surprises.

January 18, 2008
Need a home loan or refinance, call Niesha at Consumers Financial! She really looks out for your best interest. (Pun intended) Got us a great rate, and lower payments. Super nice to work with, and she knows her stuff!

June 11, 2015
Dear Matt, Just a thank you for everything you did to help us get into our house. It was a pleasure to work with you, and we're absolutely thrilled with the house. We wouldn't be here without your help.

December 12, 2012
I lowered my rate with minimal fees and saved years of payments and thousands of dollars in interest.

October 12, 2012
It was great to finally do a deal with you after 11 years of knowing each other. GREAT JOB by the way. I feel great using your services in the future.

March 11, 2010
Share this ArticleLike this article? Email it to a friend!
Email sent!